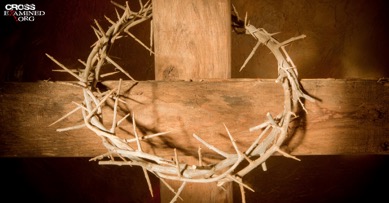 When I left the ministry due to my skepticism, one of the factors involved in my departure concerned the reliability of the New Testament documents and the resurrection of Jesus. The folks from the Jesus Seminar had me second-guessing whether I could trust what the New Testament said and if I could truly accept the literal bodily resurrection of Jesus of Nazareth. In July of 2005, my life changed. I entered the Lifeway Christian Bookstore in Winston-Salem, North Carolina and read three books that changed my life more than any other book outside the Bible. I discovered Lee Strobel’s The Case for Christ, Josh McDowell’s The New Evidence that Demands a Verdict, and McDowell’s A Ready Defense. I discovered that there are many reasons for accepting the resurrection of Jesus of Nazareth as a historical fact.

Conclusion:
Many other evidences could be given for the resurrection of Jesus. Thinking about the methods of history, one must understand that there is a reason why American accept the first President of the United States as George Washington and not Spongebob Squarepants. History backs up the claim that Washington was the first President. In like manner, history backs up the reality of Jesus’s resurrection. Now the question is this: what will you do with such information? Some will try to ignore the event. Some will try to dismiss it. Others will acknowledge the factual nature of the event and worship Jesus as the risen Lord. It is my prayer that you will do the latter.

Notes
[1] Unless otherwise noted, all quoted Scripture comes from the Christian Standard Bible (Nashville: Holman, 2017).
[2] Gary R. Habermas and Michael R. Licona, The Case for the Resurrection of Jesus (Grand Rapids: Kregel, 2004), 48-50, 64-69.
[3] Josephus, Antiquities XX.200.
[4] Ibid.
[5] Eusebius, Church History XXV.5.
[6] Primary sources are documents written by eyewitnesses. Secondary sources are documents written by individuals who know eyewitnesses. For instance, my grandfather was an eyewitness to the biggest naval battle in World War II history. From the information my dad gathered from him, he would be a secondary source, whereas my grandfather would have been a primary source.
[7] Douglas Groothius, Christian Apologetics: A Comprehensive Case for Biblical Faith (Downers Grove; Nottingham, UK: IVP Academic; Apollos, 2011), 553-554.
[8] See J. Warner Wallace, “Rapid Response: I Think the Disciples Lied About the Resurrection,” Cold-case Christianity.com (October 17, 2016), retrieved April 11, 2017, http://coldcasechristianity.com/2016/rapid-response-i-think-the-disciples-lied-about-the-resurrection/.
[9] See http://www.biblearchaeology.org/post/2009/07/22/The-Nazareth-Inscription-Proof-of-the-Resurrection-of-Christ.aspx#Article.
[10] Josephus, Antiquities XX.9.1.
[11] Tacitus, Annals XV.
[12] Suetonius, Lives of the Caesars-Claudius 25 and Suetonius, Lives of the Caesars-Nero 16.