This belief has been a source of contention with many people, even Christians, in the past. But the more I research, the more I find it to be the case that Christianity is the only viable worldview that is historically defensible. The central claims of the Bible demand historic inquiry, as they are based on public events that can be historically verified. In contrast, the central claims of all other religions cannot be historically tested and, therefore, are beyond falsifiability or inquiry. They just have to be believed with blind faith.

Think about it: The believer in the Islamic faith has to trust in a private encounter Muhammad had, and this encounter is unable to be tested historically. We have no way to truly investigate the claims of Joseph Smith (and when we do, they are found wanting). Buddhism and Hinduism are not historic faiths, meaning they don’t have central claims of events in time and space which believers are called upon to investigate. You either adopt their philosophy or you don’t. There is no objective way to test them. Run through every religion that you know of and you will find this to be the case: Either it does not give historic details to the central event, the event does not carry any worldview-changing significance, or there are no historic events which form the foundation of the faith. 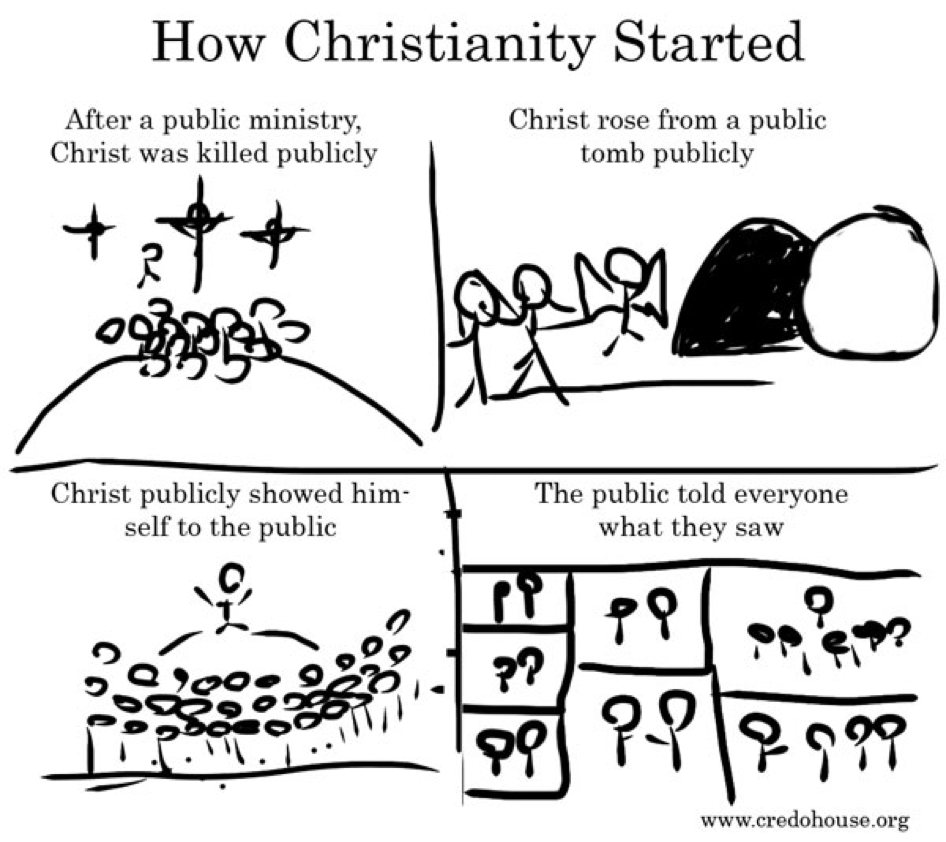 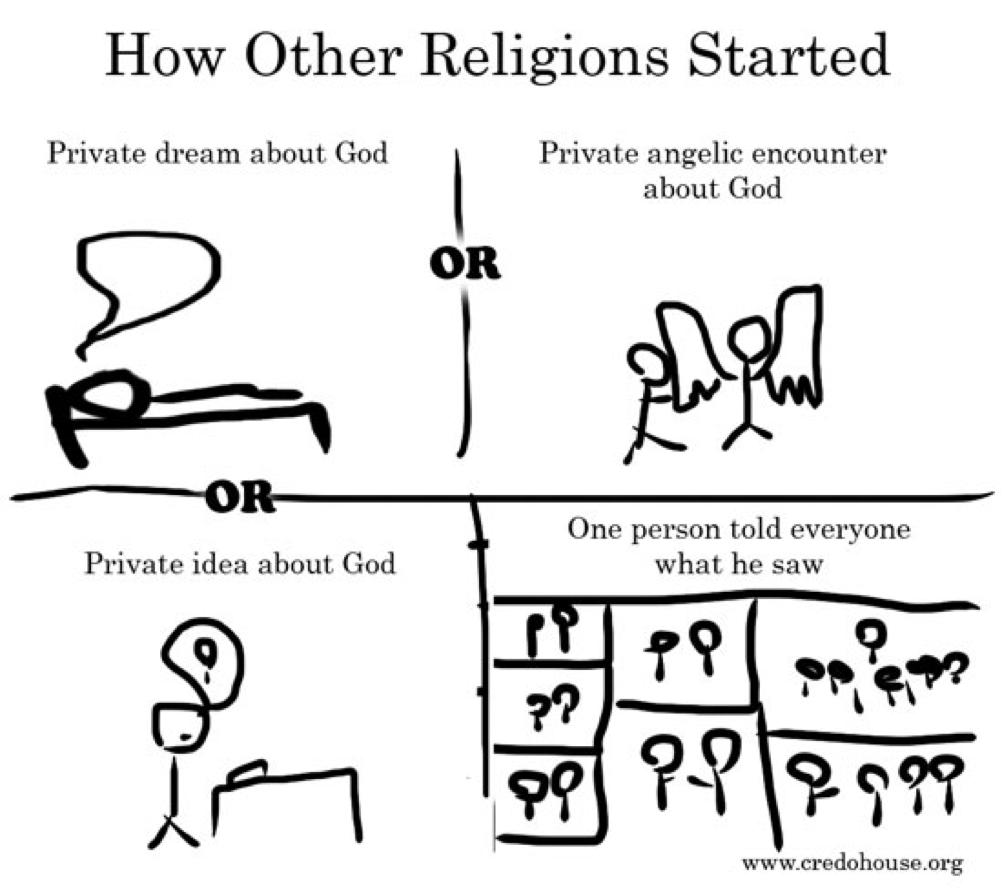 A few months ago, I was emceeing an apologetics event in Dallas hosted by the Christian Renaissance Apologia Conference. The scholars present were Dan Wallace, Darrell Bock, Gary Habermas, and Craig Evans. Each of these are men that I admire and trust, as I believe they are seeking truth and not a confirmation of their prejudice. I asked them during the conference if there are any other religions or worldviews that they knew of that had apologetics conferences the way Christianity does. In other words, can other religions pull together enough objective intellectual backing to form a solid defense for their faith? Each of them responded with the same: no. They went on to express the same sentiments of my present argument. “Even atheists,” Habermas said, “have nothing but ‘negative apologetics’.” In other words, Christianity has a significant amount of historically verifiable data which forms the bedrock of the faith. This is “positive apologetics.” An atheist conference, for example, does nothing but belittle the claims of other religions (primarily Christianity). “There is no positive defense that one can give for naturalism,” Habermas concluded. Therefore, the only thing available to the atheist is an attempt to overturn the massive amount of evidence that Christianity has.

This makes a lot of sense. If I decided to start a religion, deceptively or not, I would not make false claims to recent historic events that did not happen. Why? Because I know those claims could be tested. Also, I would not give details about the time, place, and people involved. More than that, I would not invite contemporaries to investigate these claims. For example, if I were to say today that in 1965 there was a man named Titus who was born in Guthrie, OK and traveled about Oklahoma City doing many miracles and gaining a significant following, this could easily be falsified. I would not say that Mary Fallin, the governor of Oklahoma, along with Tom Coburn, US Senator from Oklahoma, had Titus electrocuted. I would not detail that the electrocution was in Bricktown on January 13, 1968 at 9am. I wouldn’t claim that Titus rose from the dead and gained a significant following throughout Oklahoma City which has spread across America. Why wouldn’t I make these claims as the foundation of my new religion? Because they can be easily tested and falsified. This religion could not possibly get off the ground. If I were to make up a religion, all the events which support the religion (if any) would be private and beyond testing.

This is why you don’t have religions based on historic events. They are all, with the exception of Christianity, based on private encounters which cannot be falsified or subjective ideas which are beyond inquiry. The amazing thing about Christianity is that there is so much historic data to be tested. Christianity is, by far, the most falsifiable worldview there is. Yet, despite this, Christianity flourished in the first century among the very people who could test its claims. And even today, it calls on us to “come and see” if the claims are true.

The only reason why I can say Christianity survived in the midst of such historic volatility is because it is true. And this is exactly what I would expect if there were an all-powerful God who created and loves this world. When he intervenes, he makes a significant enough footprint that historic inquiry is demanded. Think about that next time you are critiquing the Christian faith. The only reason you can is because it is the only religion that has opened itself up to such critique.  Simply put, Christianity is the most falsifiable religion there is and yet it has survived. Why?