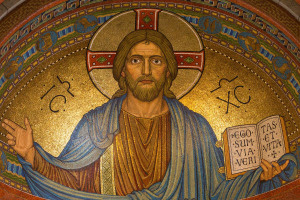 This blog post is based on the Minimal Facts argument for the Resurrection of Jesus by Dr. Gary Habermas, and it one of the strongest arguments that I have seen for the resurrection.

He says this about his Minimal Facts argument:

My Minimal Facts Argument in favor of Jesus’ resurrection was developed many years ago while writing my PhD dissertation.  It has two requirements for the historical facts that are used: each must be confirmed by several strong and independent arguments, plus the vast majority of even critical scholars must recognize the occurrence’s historical nature.  The critical scholars can be liberal, skeptical, agnostic, or even atheist, as long as they are specialists in a relevant field of study, such as New Testament.  Of these two requirements, it is important to recognize that the initial standard concerning strong evidential back-up is by far the most crucial.

So why do even critical scholars admit or allow these individual historical facts?  The answer is that each one is virtually undeniable.  Most of the half-dozen Minimal Facts typically used are confirmed by ten or more historical considerations each.  That is simply an amazing foundation, especially for events that occurred in the First Century AD!

If a physicist was writing on the resurrection, then they didn’t qualify because their doctorate wasn’t relevant. But if even an atheist New Testament scholar was writing on the resurrection, then he counted what they accepted. He has compiled over 3000 references in English, French, and German, and note the lowest common denominator of accepted facts. The following are accepted by virtually all historians, skeptic and believer:

The only one that is slightly contested is the empty tomb, but even then, you have 75%+ of historians accepting it. But there are 3 arguments to support the empty tomb:

There are actually other well-accepted facts as well, like

But you really only need the top 5 to make this argument. With these being accepted facts, even by skeptical and atheist historians, one needs to try and explain these facts. Yet most of those explanations fail to explain all the data.

The most common theories that you will hear to try and explain these core facts are:

The Conspiracy Theory essentially says that the disciples conspired to start a religion. But this fails to account what is needed to actually to pull off a conspiracy (which I’ve written about here, here, and here.) It also fails to account for the empty tomb and the conversion of Paul and James.

The Apparent Death theory says that Jesus didn’t actually die from the crucifixion, that they only thought that he had died when he was taken down and put in a tomb, and 3 days later he “miraculously” emerged from the tomb. This fails to understand how successful the crucifixions were. First-century Jewish historian reports that during one set of crucifixions, he noticed that 3 of his friends were being crucified. So he went to the Roman governor and made an appeal. The Roman governor ordered those 3 taken down and given the best medical care possible. 2 of those 3 still died. If Jesus didn’t die on the cross but was “buried alive”, he wouldn’t have “miraculously” emerged 3 days later and have been mistaken for risen; the disciples would have taken one look at him and said, “You need a doctor!”

The Apparent Death theory also fails to account on how thorough the Romans were at executing people. Or the charge that if someone didn’t die that was supposed to, the guards over it died in their place. It also doesn’t account for Paul or James.

The Displaced Body theory says that the body was either moved or that they went to the wrong tomb. But this theory fails to account for Paul and James, as well as for the disciple’s claims that the risen Jesus appeared to them. Also, all the authorities would have had to do was present the body, but they never did.

The Hallucination theory might be the strongest natural theory, but even if fails. For one thing, hallucinations are more like dreams, individualistic in nature, not shared. 1 Corinthians 15:3-8, which is the earliest creed (written about here and here), dates to within 6 months of the resurrection. It says that Jesus appeared to the twelve, to over 500 brethren at once, and then to all the disciples. (This creed is one of the evidences that all skeptic scholars accept.) Plus the hallucination theory fails to account for the empty tomb as well as for Paul and James.

When you consider all of the core facts of the resurrection, only the Resurrection theory, the claim that Jesus truly did rise from the dead, accounts for all of the data.

If you’d like to read more about this, then I highly suggest The Case for the Resurrection of Jesus by Dr. Gary Habermas and Dr. Michael Licona.