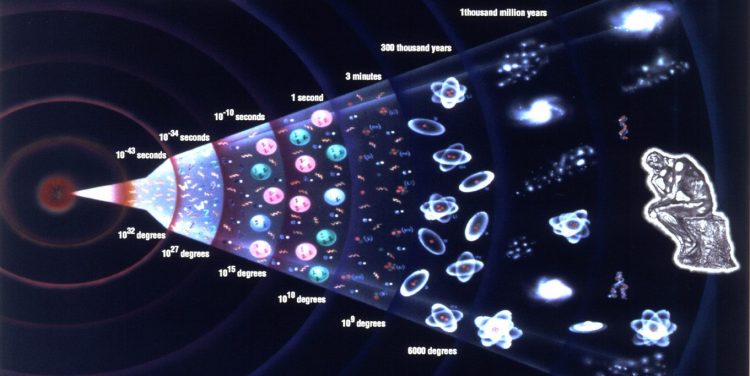 My intent here is to briefly touch on the troubles that a universe with a beginning has for atheists, especially for their proposed explanations.

The beginning of our universe is evidently troubling for atheists judging by their responses. For a start, philosophical reasoning shows that it is not possible to have an infinite regress of past events. Couple that with persuasive scientific evidence from cosmic expansion and the second law of thermodynamics, and we needn’t doubt that the universe had its finite beginning in the Big Bang.

According to prominent cosmologist Paul Davies, “the big bang represents the creation event; the creation not only of all the matter and energy in the universe but also of spacetime itself” (1). Atheist scientist Stephen Hawking chimes in that “almost everyone now believes that the universe, and time itself, had a beginning at the big bang” (2).

Atheists, however, have traditionally believed that the universe never had a beginning but that it had existed eternally. According to some contemporary atheists, “Religious humanists regard the universe as self-existing and not created” (3). However, as noted this is problematic both philosophically and scientifically.

Next to no expert in the field accepts an eternal universe and no evidence has proven convincing to cosmologists, as Robin Schumacher realizes,

“ATHEISM’S STRUGGLE IS TO EXPLAIN HOW THE UNIVERSE IS ETERNAL WHEN ALL SCIENTIFIC DISCOVERY SHOWS IT HAD A BEGINNING.” (4)

Other atheists like Lewis Wolpert more honestly admit that “there’s the whole problem of where the universe itself came from,” and then asks “How did that all happen? I haven’t got a clue” (5). I suppose many atheists leave it at that and put it on the back burner until hopefully the dilemma is resolved one day.

Moreover, I think Stephen Hawking is quite informative in saying that:

“MANY PEOPLE DO NOT LIKE THE IDEA THAT TIME HAS A BEGINNING, PROBABLY BECAUSE IT SMACKS OF DIVINE INTERVENTION.” (6)

Of course, it smacks of divine intervention precisely because we are dealing with a creation event from nothing, and that could only be reasonably explained by a new effect brought about by a personal creator.

I’d further argue that claimed ignorance can be lazy since it merely refuses to adopt a position (either the universe began to exist or it did not) and have to explain how it sits with one’s atheism. It’s far easier to pretend that something is not a problem than actually have to grapple with it.

Then there are the typically more irrational efforts in dealing with the dilemma. Atheist philosopher Daniel Dennett agrees that the universe has a cause and that it began to exist a finite time ago, but he then argues that the cause of the universe is itself (7).

This is clearly irrational for he is essentially saying that the universe had to already exist in order to bring itself into existence. It would have to exist before it existed! His view is therefore logically incoherent.

Another atheist in a video he released essentially argues that the universe came into being from nothing. This is irrational for the very reason that things that do not exist cannot bring other things into existence nor bring itself into existence.

Something which does not exist has no creative power, nor the essential properties, to bring anything into existence. Philosopher William Lane Craig thus explains, “suppose something could come into being from nothing. If that were the case then it is inexplicable why just anything and everything doesn’t pop into being out of nothing. But no-one here tonight is worried that while you’re listening to this debate a horse may have popped into being uncaused out of nothing in your living room, and is there defiling the carpet right now as we speak” (8).

“TO SUGGEST THAT THINGS COULD JUST POP INTO BEING UNCAUSED OUT OF NOTHING IS LITERALLY WORSE THAN MAGIC. IT IS TO QUIT DOING SERIOUS PHILOSOPHY AND APPEAL TO MAGIC… WHEN THE MAGICIAN PULLS A RABBIT OUT OF THE HAT, AT LEAST YOU HAVE THE MAGICIAN.” (9)

Finally, Stephen Hawking proposes that the origin of the universe is explainable by the law of gravity, “Because there is a law such as gravity, the universe can and will create itself from nothing” (10). Again, this is problematic for several reasons.

Firstly, laws are by definition descriptive in the way that they describe nature and how the physical world functions. However, they are clearly powerless to bring anything into existence, as professor John Lennox notes, “Laws themselves do not create anything, they are merely a description of what happens under certain conditions” (11).

That’s pretty much the sinker for Hawking’s proposal but, on a further note, Hawking is already assuming that something exists, namely gravity. So, when Hawking says “the universe can and will create itself from nothing” he doesn’t actually mean nothing in the sense of no thing which is the complete absence of space, time and matter.