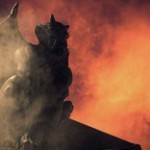 As Islamists continue to kill innocents, they provide more fuel for the oft-made atheist claim that religion is evil. Atheist Richard Dawkins condemned the recent attacks in France by tweeting, “No, all religions are NOT equally violent. Some have never been violent, some gave it up centuries ago. One religion conspicuously didn’t.”

Dawkins is right that some religions and religious people have consistently perpetrated evil. Atheists often use this fact to support atheism. However, the existence of evil turns out to be a bigger problem for atheists to explain than for theists. The kind of evil Dawkins and the rest of the civilized world abhor doesn’t disprove God—it disproves atheism.

While it’s commonly thought that only theists have to explain the existence of evil, the truth is every worldview does. Eastern pantheistic religions try to get around the problem by denying that evil even exists. Evil is an illusion, they say (and according to them, so are you!). Theists say evil is real and try to explain how evil and God can coexist. Atheists tend to be caught in the middle. In one breath they are claiming there is no good, evil or justice because only material things exist—we are just material molecular machines “dancing to the music” of our DNA (as Dawkins himself put it). In the next breath they are outraged at the great injustices and evil done by religious people in the name of God.

Well, atheists can’t have it both ways. Either evil exists or it doesn’t. If it doesn’t exist, then atheists should stop complaining about the “evil” things religious people have done because they haven’t really done any. They’ve just been “dancing to the music” of their DNA. If atheism is true, all behaviors are merely a matter of preference anyway. On the other hand, if evil actually does exist, then atheists have an even bigger problem. The existence of evil actually establishes the existence of God.

To explain why, we need to go back to Augustine who puzzled over the following argument:

How could a good God create evil? If those first two premises are true, He did, and this is a God problem. So God must not be good after all. But then Augustine realized that the second premise is not true. While evil is real, it’s not a “thing.” Evil doesn’t exist on its own. It only exists as a lack or a deficiency in a good thing.

C.S. Lewis was once an atheist who thought evil disproved God. He later realized he was stealing from God in order to argue against Him. He wrote, “[As an atheist] my argument against God was that the universe seemed so cruel and unjust. But how had I got this idea of just and unjust? A man does not call a line crooked unless he has some idea of a straight line. What was I comparing this universe with when I called it unjust?”

Stealing from God is what atheists tend to do when they complain about evil done in God’s name. Richard Dawkins is correct that religious people have done evil things, but his atheism affords him no objective standard by which to judge anything as good or evil. So he steals goodness from God while claiming He doesn’t exist. Dawkins has to sit in God’s lap to slap His face.

Just who is this God? Allah isn’t a candidate because, according to Islamic doctrine, Allah is arbitrary and thus can’t be the unchanging standard of good. The true God is the God of the Bible who is revealed as the unchanging ground of all goodness.

Richard Dawkins and other atheists might object, “But how can the God of the Bible be the standard of goodness? Doesn’t He do evil in the Old Testament? And why would a good God allow evil to continue?” Those are some of the many questions I address in my new book, Stealing From God: Why Atheists Need God to Make Their Case, from which this column was adapted. Look for more here in the coming weeks.

Dr. Frank Turek is a dynamic speaker and award-winning author or coauthor of four books: Stealing From God: Why Atheists Need God to Make Their Case, I Don’t Have Enough Faith to Be an Atheist, Correct, Not Politically Correct and Legislating Morality.